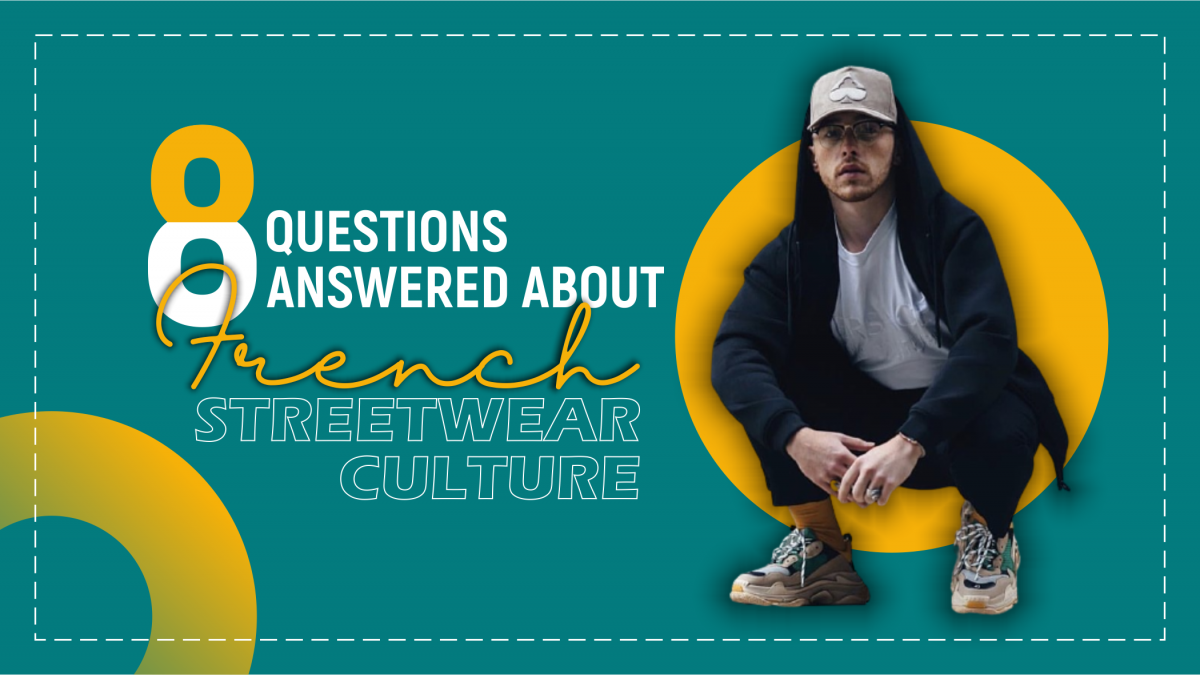 In this article we 8 questions are answered about French streetwear culture. France is one of the primary spots of the world where street fashion is rising and its contribution towards this fashion and lifestyle is also a remarkable story. The French community after the propagation of this culture went crazy over it and that is why their large fashion brands started to manufacture these kinds of freestyle clothing along with their regular formal productions.

Here in this read, we will address the top 8 frequent queries about French street culture or French culture that will clear the key concepts of French street style and hip hop clothing.

Question 1 – When did street culture propagate in France?

French culture has been a consistent mixture of formality and ritualism before the mid-19th century. After the intro of street and hip hop styling in the United States in the 1970s, this culture gained momentum in some of the most popular West European countries in places like France. In between the 80s and 90s, streetwear culture went viral in many sectors of France, and people were then often seen wearing graphic tees, snapbacks, and other multi-colored accessories inspired by this genre.

Question 2 – What is the role of the French revolution in street culture?

French revolution (May 5, 1789 – November 9, 1799) was a period of radical societal and political change in which the French community had some primary changes in their political and governmental norms and mainly their ruling system changed from dictatorship to democracy. Along with that, the dominant human rights culture was also changed, especially in women's rights.

These kinds of communal changes helped the people of France to adopt some creative changes in their clothing as well. Therefore, people kind of modified their dressing after that and started to think out of the box, and new artistic effects were seen in the outfits of people in urban communities as well, which were slight modern forms of their regular dressing.

This creative startup eventually ended up in the normalization of street culture later on.

Question 3 – How did women become the protagonists of French revolutionary culture?

French regions were mainly male dominant societies in the past, especially in the Napoleonic era. The women were subjected to a second class or subcategory and were not given the main rights like voting and higher education. Yet during the revolutionary period, women took part in the contests, and after a long way of effort and striving they got their rights approved by the French consulate.

Later on, the French fashion revolution and street style acceptance were also first accepted and applied by the female audience. Also, female music and hip-hop celebrities share some of the main ideas that youth follow the most. Keny Arkana is one of the main music leads in France, she also created some hip hop music groups, like Mars Patrie and Etat-Major.

The answer to this question can be calculative objectification. Yet, it’s a NO.

Despite the rapid progression of street culture in French former and youth communities, this is a truth that France has a very large population having various styling and clothing subjects. However, street styling and hip-hop-oriented graphic outfits are one of the top-notch choices of French people when it comes to holidays or a picnic. Yet we cannot say that it is normalized completely.

Question 5 – What is the influence of French artists in streetwear culture?

Artists and media associated are always pivotal in the succession and propagation of any industry in any nation. Celebrities and artists are some of the main tycoons that the masses follow and admire. Therefore, the French community as well had a great influence from their artists and creative ideas in the startup and progression of hip hop and street style clothing.

Some French rapper bands and artists that played important role in the propagation of street culture are as follows;

Question 6 – How does the media contribute to street style culture?

Print media and broadcasting media both played an important role in normalizing the French street culture trends mainly by using ads like Posters, banners. Ouest-France and Le Progres were some of the French regional newspapers that published some ads for new street style clothing companies.

Later on, when the French community became bored of newspapers then the publishers contacted advertising and broadcasting stations and brought advertisements of streetstyle and streetwear culture to the television screens. Television became a primary medium for the propagation of new hip hop trends going forward.

Some French public broadcasting stations or channels that were also backed by the government are as follows;

Question 7 – What is “high culture” in France?

High culture is a universal term that is used all around the globe to represent an upper class of society. Before the French revolution, this theme was a very dominant factor in France and even now France is one of the mainstream regions that contribute to high culture and first-class communities.

While street culture is something that is especially associated with urban youth in poor communities. Street culture in France is not very common in high-class communities however rappers and celebrities are the exceptions.

Question 8 – What is ready-to-wear clothing?

French hip hop is the second-largest art and clothing market after the USA and it has some great applications and the term “Ready-to-wear” is one of them. Ready-to-wear garments or ready-made garments were first introduced by a French luxury wear designer Yves Saint-Laurent or YSL. He was the first to toss up an idea of removing the hassles of stitching and fitting the dresses for the customer and started a tailoring farm where the clothes were stitched by the workers.

This concept was then applied to street style clothing as well and it ended up in the launch of one of the greatest luxury and ready-to-wear clothing brands of France named “CHANEL” that is popular in the whole world for its hoodies, tees, jeans, and other scent products as well.

At last, we can conclude that France is for sure one of the biggest freestyle and street culture markets which has a very influential consumer community too, yet there's a lot more to come. Slowly the French people are considering this fashion a normal trend and high culture. Thereby, we hope to see more street trends in the fashion world of France in the near future.